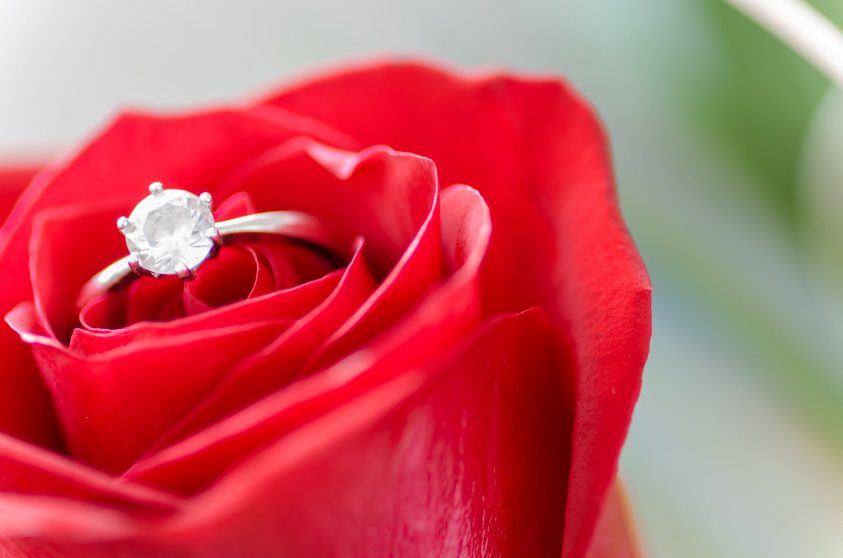 Dawn had relationship troubles. After a hypnosis session with Cynthia, Dawn’s life changed.

Jon Miles CHT: Hi, we’re on the phone with Dawn and she has had a very interesting experience with hypnosis and Cynthia. Dawn, why don’t you tell us a little bit about it?

Dawn: Ok, well I first came to Cynthia because I had trouble making my relationships work over the years.

I saw Cynthia and literally within a week I had met – you know I have two guy friends and I literally had the same conversation with both of them within days of each other. Both of them talking about “I was thinking about buying a ring for you”.Dawn

I saw Cynthia and literally within a week I had met – you know I have two guy friends and I literally had the same conversation with both of them within days of each other. Both of them talking about “I was thinking about buying a ring for you”.

Jon Miles CHT: Hold on for a second (laughing). Alright, you do hypnosis and you get two proposals?

Jon Miles CHT: Sounds like you have just recalibrated in some really interesting way.

Dawn: I feel a real shift. I feel a lot less anxious, actually, I really don’t feel anxious, and I feel happy most of the time. I think some of the things that she has brought to my attention and that her previous book-

Jon Miles CHT: Just really quickly, are you talking about you read the book The 10 Ways?

Dawn: Very, very helpful to reframe things. I think it’s making me a much more loving and welcoming person because nobody wants to be judged. I think I have read every relationship book under the sun but their more tactical and they get more at the how-tos, which is more from a manipulation and strategy point. Whereas, Cynthia goes straight to the core and I think Cynthia’s book and workbook have given me practical things that I can do to shift my own mentality.

Jon Miles CHT: Just for the benefit of the people listening to this right now, I just want to say Dawn is talking about Cynthia’s book The 10 Ways: A Guide to the 21st Century Relationship which is available on Amazon and on our website. Another reason Cynthia got very much into doing hypnosis with her clients and doing hypnosis CDs was because she felt that beyond the intellectual discourse of a book and the practices that you need to take it to another level with hypnosis. Do you see those two things interacting as part of a whole?

Dawn: I do. I think that the hypnosis is working on a subconscious level and I play her recordings each night as I’m falling asleep.

Jon Miles CHT: When Cynthia does a hypnosis session she records it and then people often listen to it later on. You do that as well?

Dawn: I do. I listen to them on my MP3 player before I go to bed.

Jon Miles CHT: So, you’re getting your money’s worth there. That’s great. I love it!

Dawn: I do, yeah. But then before I go to bed or when I wake up, I’ll read a chapter in the book and do the exercises. And so, that’s working on the conscious state. So, I think the two are working synergistically. One from the bottom up and one from the top down to support each other.

Jon Miles CHT: When did you notice the shift? How long has it taken?

Dawn:I think I really, really took it up a notch after the hypnosis. I saw a real shift within a month after that. I saw major change in my love life. Now prior to that, I had noticed a shift in myself being a lot happier. When you’re happy in yourself that projects out.

I think I really, really took it up a notch after the hypnosis. I saw a real shift within a month after that. I saw major change in my love life. Now prior to that, I had noticed a shift in myself being a lot happier. When you’re happy in yourself that projects out.Dawn

So, I found in the types of people that are coming into my world now-

Jon Miles CHT: You mean the ones that are approaching you on the metro and offering to buy you jewelry?

Dawn: Yeah. Hahahaha. No, but these are really like salt of the earth men where before I may have dated people who were more codependent. And now I’m attracting people who are more independent or have the ability to be interdependent. They can stand on their own, so, therefore, they can be a strong partner in a relationship.

Jon Miles CHT: Sort of sounds like that this process is helping you separate the men from the boys.

Jon Miles CHT: It’s amazing what this work can do. It really is. I’m really glad that you took the time to share this with us and I really do appreciate it.

Dawn: Oh, my pleasure. Cynthia has been such a tremendous help to me. My pleasure, it’s the least I can do.