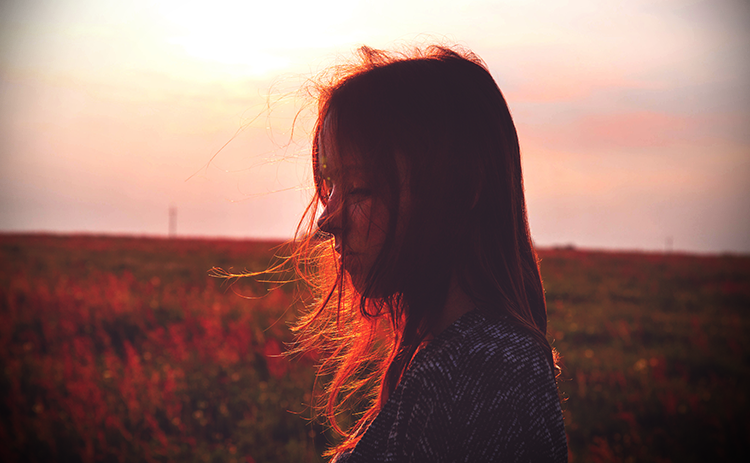 Written by James Arvantes for The Loudoun Tribune


When Rosemarie’s daughter, Emily, began suffering from acute bouts of depression and anxiety as a seventh-grade student in the fall of 2014, Rosemarie sought various forms of traditional and non-traditional therapies for her daughter. During a two-year period, Rosemarie took Emily to a psychiatrist, a psychologist, a counselor, a social worker, a chiropractor and even a Reiki Master.

Emily’s condition improved to an extent under the care of these professionals but she could never pull herself out of a prolonged depression, and as the years passed, Emily began to believe that she would just have to live with major depression as a part of her life. As a last resort her mother Rosemarie, acting on the recommendation of a friend, turned for help to Cynthia Chauvin Miles CHT, a certified hypnotherapist and the co-owner of National Hypnosis in Northern Virginia.

“I am a child of a medical professional, a social worker myself, and I am pretty well read,” says Rosemarie. “I know about hypnotism, but I never really considered hypnosis beneficial for anxiety or depression.”

“The transformation has been incredible.”

Emily saw Cynthia for the first time in mid-September and two more times in the fall and after just three visits, “The transformation has been incredible,” says Rosemarie.

Before undergoing hypnotherapy, Rosemarie described Emily as “sad, withdrawn and suffering academically.” Emily is now “more positive and able to pull herself out of the doldrums when she starts feeling depressed,” Rosemarie says.  “She is a better self-advocate for herself, and she is doing better in school. It was amazing the changes we saw in just a short period of time.”

Rosemarie’s circuitous path to discovering hypnosis for her daughter’s condition is typical for thousands of Americans. Many people have misperceptions about hypnosis, believing it is outside the norms of accepted care. But that couldn’t be farther from the truth as major medical institutions such as Stanford Health Care, and the National Institutes for Health have been studying hypnosis and its efficacy both as a treatment and as a complement to existing treatments.

“I can’t tell you how many times we’ve heard, ‘I really wish I found you first.'”

“This trend is likely to accelerate during the next 10 years,” says Jon Miles CHT, a certified hypnotherapist who co-owns National Hypnosis with his wife Cynthia, “This is a major goal for National Hypnosis, moving hypnotherapy to the beginning of a client’s decision cycle. I can’t tell you how many times we’ve heard, ‘I really wish I found you first.'”

Jon compares hypnotherapy with how acupuncture, massage therapy, and chiropractic care were viewed 25 to 30 years ago. “Back then, many people thought of these therapies as nontraditional forms of care, but that perception changed over time as more and more people found success with these therapies, and eventually, these techniques became standard.”

Jon says hypnosis is an effective treatment for some conditions and effective complements for many others. “It can be a treatment for someone who has a phobia or a person who is struggling with stress and anxiety,” Jon explains.  “It is also an effective complement for patients who are undergoing medical treatment because it can help to engage their unconscious minds, alleviating stress and promoting relaxation, which allows the body to heal in very interesting ways. We’ve had real success alleviating symptoms of chronic diseases like Multiple Sclerosis. Our techniques are unique and we welcome serious study.”

In addition to a wide range of hypnosis techniques, Cynthia also employs a practice known as the Emotional Freedom Technique, EFT, in which people tap meridians on their bodies to release anxiety and disrupt negative thought patterns. In fact, Cynthia taught Rosemarie’s daughter Emily EFT and other proprietary techniques to help her overcome depression and anxiety on her own, fulfilling a key part of National Hypnosis’ mission.

We are big believers in providing tools and teaching people so that when they run into problems again they have the resources to move on with their lives.

As Cynthia explains, “We are big believers in providing tools and teaching people so that when they run into problems again they have the resources to move on with their lives.” says Cynthia.

Emily is Happy With the Outcome

Rosemarie noticed dramatic differences in how her daughter handled challenges soon after she began meeting with Cynthia. In one instance, Emily was having a difficult time with a friend, “Normally, she would feel stuck and uncomfortable about how to resolve it,” Rosemarie explains. “But in this situation, she made a determination about how to handle it.”  Emily followed through and “is now happy with the outcome,” says Rosemarie.

On two other occasions, Emily attended a high school football game and a homecoming dance when she had not made plans to attend the events in advance.  “These were steps Emily was not comfortable taking before,” Rosemarie says.

Rosemarie is careful to point out that Emily’s life “is not perfect,” and she does not consider hypnotherapy “a magic cure-all.” She suspects that Emily may have to go back and see Cynthia at some point. “I don’t think these kinds of chronic things can go away completely without some support,” Rosemarie says. “But Emily hasn’t expressed any of the same level of anxiety or sadness she was expressing before seeing Cynthia.”

Rosemarie and Emily are now proponents of hypnotherapy in general and National Hypnosis in particular.

“We are very happy we had the opportunity to work with Cynthia,” says Rosemarie. “We would encourage others to try it.”

Are You, Or a Loved One, Feeling Down?