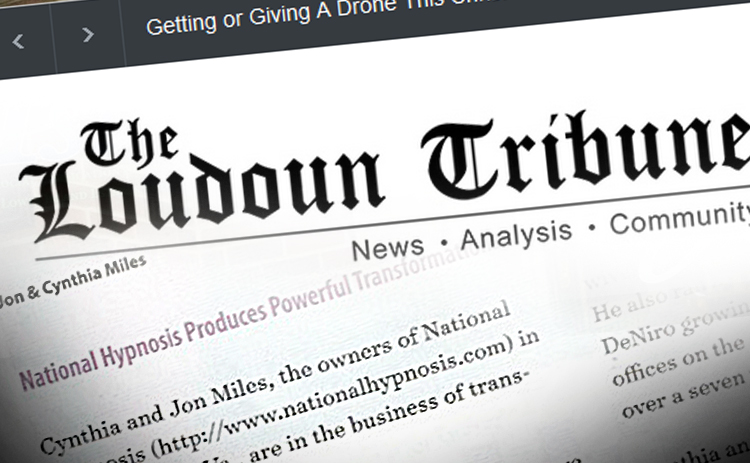 Written by James Arvantes for The Loudoun Tribune

Canines play a variety of engaging and compelling roles at the Heeling House in Sterling, Va., a nonprofit organization that provides animal-assisted therapy for special-needs children 18 and under.

In some roles, the therapy dogs act as role models, teaching children about patience, kindness and the importance of listening. In other roles, the dogs play structured games with the children, helping them with the development of coordination and motor skills. And in still other situations, the dogs serve as stand-ins for adults, allowing the children to practice their speech and conversation skills by talking to the animals and giving them commands.

In the midst of these interactions, Heeling House is able to harness the natural bonds between canines and humans, bringing the children out of their shells while providing therapeutic interventions that resonate with the children as well the therapists who oversee the sessions.

“Some of the children we work with were previously hesitant to participate in therapy sessions,” says Kathy Benner, founder, executive director and president of Heeling House. “But when we involve the dogs, the children look forward to their sessions and are more than willing to participate.”

Kathy Benner, founder, executive director and president of Heeling House, sits with one of her dogs, Jolene, a therapy canine at Heeling House.

Heeling House provides animal-assisted therapy within their facility in Sterling and at various venues throughout Loudoun County such as schools, libraries and therapeutic centers. In the last few years, Benner and her staff have worked with thousands of children. And in nearly every instance, child and dog forge an almost instantaneous bond, a connection that Benner attributes to the kind and accepting nature of the dogs.

“Dogs are a lot more fair than humans,” says Benner, a professional dog trainer and the owner of eight dogs, all of whom work with Heeling House. “Dogs don’t judge because of color, shape or size. Everyone in their eyes is equal and worthy of unconditional love.”

The dogs, she says, “show consistent love and patience to the children. No matter how many mistakes they make or how many times they fail to do something exactly right, the dogs don’t mind. This creates an environment where the children feel safe, and therefore able to succeed in their therapies.”

Although many people fail to practice acceptance and nonjudgement in their daily lives, the two concepts have emerged as cornerstones of many client-based therapies during the past few decades, says certified hypnotherapist Jon Miles, who co-owns National Hypnosis in Sterling with this wife Cynthia, CHT.

In the therapeutic world, the concepts fall under the rubric of unconditional positive regard, a theory developed by renowned humanistic psychologist Carl Rogers, that entails the acceptance and support of a person regardless of what the person has experienced. In layman’s terms, it is a policy of non-judgement as the client navigates his or her healing journey.

By employing unconditional positive regard, therapists are able to create “an extraordinarily safe and honest place for people to discuss their real-life challenges,” just like their counterparts at the Heeling House, says Miles.

“Our philosophy is rooted in an unconditional positive regard for our clients,” says Miles. “It doesn’t matter what they present with. There is zero judgment about anything.”

Canines, like most effective therapists, have an innate ability to relieve tensions while putting people at ease.

“When a dog walks into a room, the kids will just light up,” says Amanda Stoltz, an occupational therapist with Children’s Therapy Center in Sterling, who works regularly with Heeling House. “If the kids were anxious before, they are calm and engaged and ready to work within just a few minutes of the dogs being there.”

Heeling House works with children on an individual and group basis, writing the dogs into individual treatment plans. In this way, the dogs serve as treatment modalities to help the children reach their goals more quickly.

Benner says, for example, that, “we work with a lot of kids who have a really tough time transitioning or going to a new place.” But over time, a child will develop a bond with a particular Heeling House dog.

The dogs also are useful for helping children overcome fears and phobias. Take the case of George, a 7-year-old who was terrified of dogs before his father, Yergen, started bringing him to Heeling House in early October. During his first session, George would only stay in a room with Tybee—one of the Heeling House dogs – if the canine stayed locked in a crate on the other side of the room.

By the third session, George was giving Tybee, a Portuguese Water dog, a series of commands and feeding him treats out of the palm of his hand, acts that would have been unthinkable only a few weeks before.

George, 7, who was terrified of dogs before coming to Heeling House, gives Tybee a command to stop during a recent session at Heeling House.

“We did not anticipate such fast progress,” says George’s father, Yergen.

George’s third session took place only a few days before Halloween. In a nod to the annual tradition, George dressed Tybee in Batman costume, carefully placing a Batman vest around the dog’s mid-section and draping a cape across his shoulders. He completed the costume by fashioning bat ears on Tybee’s head. Donna Markle, vice president of Heeling House, provided guidance and supervision as George worked with Tybee and dressed him in the batman costume.

George ties a cape around Tybee as part of the dog’s Batman costume. Donna Merkle, vice president of Heeling House, works with George, helping him with the costume.

The goal now is for George to get comfortable around dogs outside of Heeling House. Yergen is greatly encouraged.

“George looks forward to being with Tybee and the other dogs at the Heeling House,” he says. “He has even shown an interest in getting a dog for our family.”

Benner and her staff work with 20 dogs at Heeling House. All of the animals go through an intensive, professional training program that teaches the dogs to be calm, gentle and safe, says Benner.

The calming and accepting nature of the dogs flows throughout Heeling House and its many programs. The center provides individual and group counseling sessions, and has various programs for children participants.

Heeling House, for example, runs a “Read with me” literacy program in which children read to a dog. There is also a social club known as PACK for middle and high school students that focuses on animal-related education and community service. With this program, participants help with the training of Heeling House dogs.

One parent named Valerie has been bringing her 11-year-old son, Ben, to PACK meetings ever since his school resource teacher recommended the Heeling House a few months ago. Ben is on the spectrum of autism, and by participating in the PACK program, he is learning how to work with dogs, and they, in turn, have a calming effect on him. Ben is now much more comfortable around his family’s German Sheppard.

Another parent, Corinne, started bringing her 12-year-old daughter to the Heeling House after the family moved to Leesburg from rural Southern Maryland last summer. With school out for the summer months, Corinne’s daughter had few opportunities to make friends with other children in her new surroundings.

The daughter has always loved dogs so Corrine brought her to the PACK meetings, giving her daughter the opportunity to make friends while learning how to work with dogs.

“Can you lose with that combination?” Corrine asks rhetorically. “It is a win-win situation. My daughter never wants to miss a Pack day.”