Do You Have Trouble Sleeping? How Hypnosis Helps - National Hypnosis 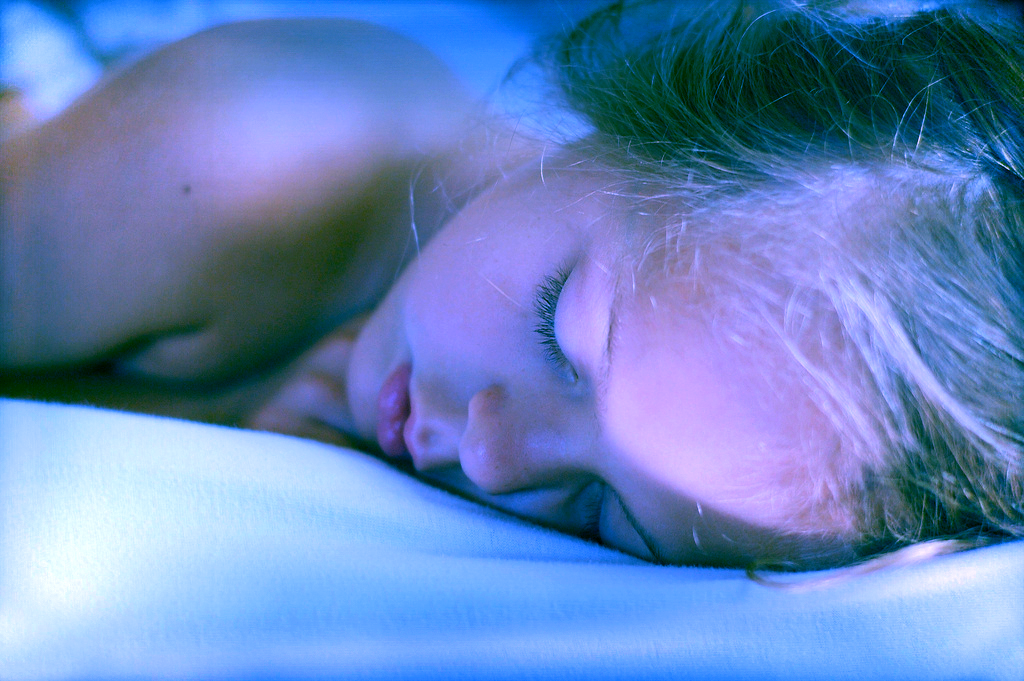 Michelle’s son Trace had extreme difficulty sleeping through the night since he was born.After doctors, tests and the potential for prescribed drugs, Michelle thought out of the box and contacted Cynthia Chauvin CHT at National Hypnosis to see if she could help. 45 minutes of hypnosis later the matter was resolved. Trace sleeps soundly to this day.

Jon Miles CHT: Hi, We’re on the phone with Michelle and she has had an interesting experience with Cynthia and hypnosis. Michelle tell us a little bit about it.

Michelle: Sure, my son Trace has been experiencing sleep disorders. My husband and I swear from the day we bought him home from the hospital when he was born. Then everybody says, “Oh babies they have trouble sleeping.” And we just tried everything, we read all the books, I took him to the doctors. He said “Oh he’s developing normally, everything is fine. He did not sleep through the night till he was over three years old. We even thought maybe it was our horrible parenting. Maybe we are not figuring how this works. We were even having self-doubts in our own ability till we have a younger son, who was two years younger and he slept through the night at six weeks old. So we were just exhausted. We’ve been to our normal general practitioner who sent us to a sleep clinic. And he was there with different wires and probes and different thing. And they could find nothing wrong with him and then they say it must be some behavioral disorder and you go through this line of… you’re doing all the things that the traditional medical establishment is telling you to do.I think it is at that point you question that maybe what is traditional is not the depth and breadth that all that is available. And they were… maybe he has hyperactive disorder, attention deficit disorder. I don’t get that. He has no problem paying attention. So no matter what they were trying to explain and then they start that process of we have all these group of medications and I wasn’t willing to do that. But yet the day-to-day life. He would get grumpy and just anyone who is sleep deprived. He is just cranky, start lashing out at his younger brother. And then the night time was such a struggle, getting him to bed. Then we get mad at each other and everyone is tired. It was just awful. And again every night for ten years, you wonder when is this going to end. Finally, Trace got older he could express to us more about the dreams he was having, the thoughts he was having, he had persistent nightmares, night terrors. But when I started looking at different behavioral counseling is when you come up with hypnosis and I myself had never done hypnosis, I didn’t know anything about it. And I think that was really all that we needed, I needed something to turn his brain off at night. And I had read a little bit about Cynthia’s activities. Maybe hypnosis might work, maybe if we can re-train that brain to think other things, short of that we would have to resort to medication.

I was in disbelief.Michelle (Trace's mom)

So I contacted Cynthia, at that time Trace was 10. I said is this something that you can help us? Is he too young for hypnosis? I don’t understand how it works but at this point I’m willing to do anything. I’m frustrated; we’re exhausted. And Cynthia agreed to see him. It was pretty simple; she went through some different techniques with him. Trace was very comfortable, she was so engaging, so nice. Obviously she had worked with a variety of people including children before. And it was about an hour and it was pretty simple and straight forward and quick and positive.And in fact it was so easy I was wondering if it would even work.And I left there kind of going I’m not sure if this is what I thought it was.That night we went home and he went to bed and he slept through the night. And he got up, and I said how did you sleep? And he was like “Oh fine.” Like no big deal. I was like Okay. Then the next night, and the next night and I was in disbelief, I said there is no way that one treatment could be working. But I’ll see how long it last. Now he is eleven, so a year later and it persisted of the single treatment.

Michelle: If we had to have repeated session, I was all for it. And I was right there with Trace through the entire experience, he was never alone. We did this together and she gave us some techniques to take home with us.

Jon Miles CHT: So Cynthia gave you tools to use at home?

Michelle: Oh yeah, yeah yeah yeah. Because I was there with him, I saw what she was saying to him. Having the parent engaged is most important, he knows what to do, he knows how to think, we have different thought release pattern. And they are easy and everything is fine.

Jon Miles CHT: This must have been such a relief for your family.

Michelle: He is sleeping better, obviously, giving at least a full eight hours a night. He does his homework on his own. He still has his moments with his brother but to me those seem perfectly normal, as oppose to what we were dealing with before. And the evening routines are easy. He reads a book and we go in and we turn off the light and we say good night and we walk away. And that was something we had never experienced before. It would always be the crying “Don’t leave me, don’t leave me.” and now it it just like “Okay mom, good night see you in the morning.”

I am not one who usually give endorsements, but in this case I’m overjoyed to be able to share the experience we’ve had, and I hope it helps other families.Michelle (Trace's mom)

Jon Miles CHT: Is there anything you’d like to add or anything you would want to tell the parent directly.

Michelle: Take a look at this, give it a try, it is not expensive. Much less expensive than the other therapies that you are looking at and considering. In the scheme of thing you have no idea how much we have spent on this. And it wasn’t thousands of dollars, it was like couple hundred bucks.

Jon Miles CHT: One last thing I would like to ask you or mention. Cynthia is a hypnotherapist and an author and she also an intuitive and psychic. This is an unusual combination; she is not your regular person.

Michelle: What I loved about Cynthia, she could work with him and she would reflect back to him “You must be feeling like this” or “These things upset you.” And he was like “Yeah.” She talent of using those being intuitive and being a hypnotherapist could allow her to reach him in a different level, that I think anyone else could have done. So I think because she could connect with him at that level. No one else could have done that. For this child particularly, he needs someone like Cynthia.

Michelle: Thank you and thanks for asking. I am not one who usually give endorsements, but in this caseI’m overjoyed to be able to share the experience we’ve had, and I hope it helps other families.

If you would like relief today from lack of sleep - call us at 703-948-0619 for your free consultation on how hypnosis can help you get the deep restorative sleep that your body needs.